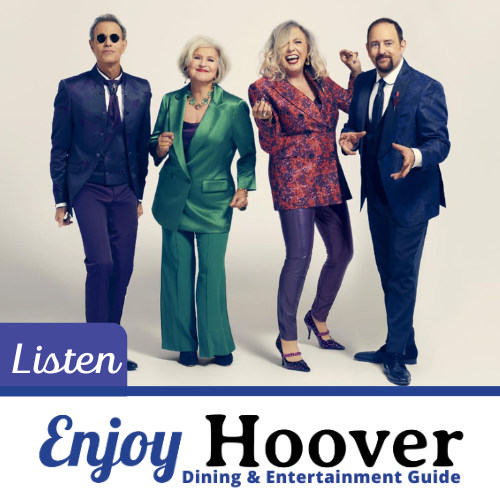 Hoover residents and visitors don’t have to drive far to see exemplary performances this upcoming year. Instead, they’re taking place in what some consider one of Hoover’s best-kept secrets: the Hoover Library Theatre.

In 1992, former Hoover Library Director Linda Andrews had a vision for bringing the library, theater and the arts together. Thus, the Hoover Library Theatre, with its first theme of “From the Page to the Stage: Bringing Books to Life” was born. In-house productions of literary classics such as “As I Lay Dying” filled the 250-seat venue three to four times a year.

A lot has changed since then.

Fine Arts Manager Matina Johnson started working at the theatre in 1996 and said it has been exciting to see it evolve.

“Our current library director Amanda Borden has been very supportive in continuing Linda’s vision,” Johnson said. “In the beginning, no one knew who we were. We’ve transitioned into being a world-class performing arts venue with national tours, plays and musicals. Most of our players now are Grammy-award winners.”

The performers that have set foot on the theatre’s 34-ft. wide stage have included Ricky Skaggs, Jim Brickman, Lorrie Morgan and a diverse variety of music superstars, several of whom have become repeat performers because of the relationships they have built with the theatre staff.

“This season we have a lot of new music like blues, country and jazz,” Johnson said. “To be able to see these people on stage so up close is a unique experience people don’t want to miss.”

Johnson said most of their shows are so popular that by the time individual tickets go on sale, once all of the season tickets have been sold, they sell out in less than a minute. However, Johnson said she encourages people to get on a wait list. In addition to one mainstage show a month, the theatre hosts several smaller events on a regular basis, such as Monday at the Movies and, more recently, Friday afternoon movies geared toward senior citizens who prefer not to drive at night. The theatre also manages four art galleries that showcase artwork on a local, regional and national level.

The theatre box office, located in the Hoover Library at 200 Municipal Drive, is open from 10 a.m. to 6 p.m., Monday through Friday. Tickets can be purchased by calling 205-444-7888 or online by visiting thelibrarytheatre.com.

Better yet, Johnson said Hoover residents and visitors can purchase tickets in person at the box office and, while they’re there, take a tour of this beautiful, iconic theatre. See the most current schedule here.

See you at the library soon! 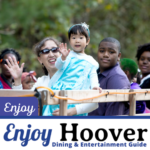 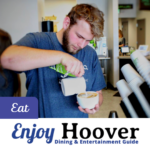 Start Your Morning with Baba Java! 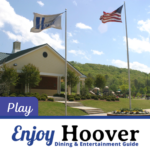